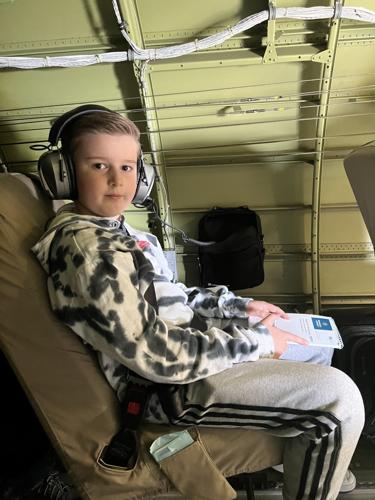 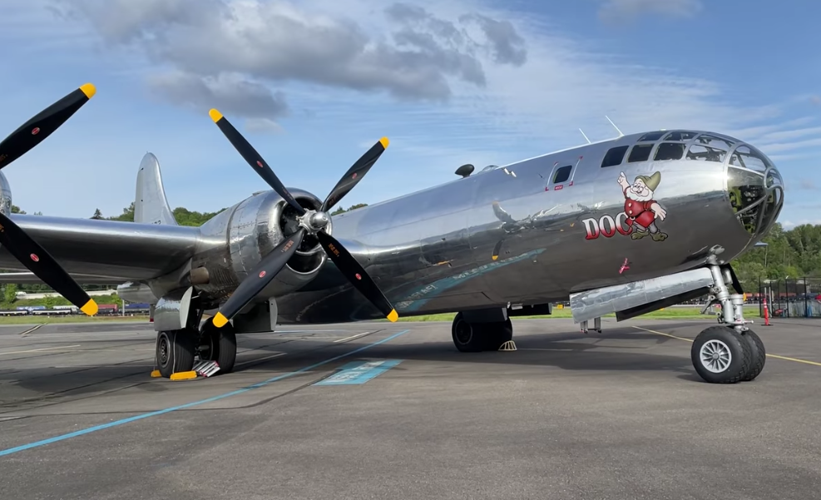 For the last three years, I have set my sights on becoming a pilot when I grow up. I dressed as a pilot last Halloween and for this year’s Career Day at my school. I play flight simulators on my computer nearly nonstop. So when my dad told me last week that the Museum of Flight was going to let me fly on a B-29 for a story, I was really excited.

And I was pretty nervous, too.

I flew on Doc, a World War II bomber that was found in the desert in 1987 and restored. It is now a flying museum that travels around the country — and its stop at the Museum of Flight in Tukwila means you can experience it, too.

And let me tell you, I’m glad I did it. It was like my history books came to life.

Before the flight, I interviewed Mike Lombardi, a Boeing historian. Lombardi was getting off the plane and he had come from Spokane. We talked about a few quick facts about the plane. Then Josh Wells, the Doc manager, told us all about the plane and the history of it.

Then we met the crew, including pilot Mark Novak. Novak talked about safety and what we could do.

“Don’t get mesmerized by those 17-foot propellors out there spinning,” he said.

On the plane, it was like we were in the 1940s. The plane is loud, but it was a really smooth ride both for take-off and landing. During the flight, they had headphones on the wall. Through them, you can hear all the radio chatter concerning the plane. And I got to experience what it was like to be a gunner and master gunner. It was really cool to see the top of the aircraft while flying at 2,000 feet.

I know how lucky I was to be able to fly on Doc. The plane is one of only two B-29s that are still flying today. There were lots of other people who wanted to go on Doc standing behind the fence and taking photos. That’s why I overcame my fears and decided to go for it. It was the chance of a lifetime, and I am still smiling as I write this.

If you would like your own chance of a lifetime to see exactly what is up with Doc, a Boeing B-29 Superfortress, public ground and tours are available from 9:30 a.m.-4:30 p.m. on May 19-20, and from 12-4:30 p.m. on May 21-22 at the Museum of Flight. Plane rides are sold out. Additional flights may be added, however. Visit here for the availability updates, future schedules, and more information.

Grayson Burlingame is a fourth-grader from Tacoma.