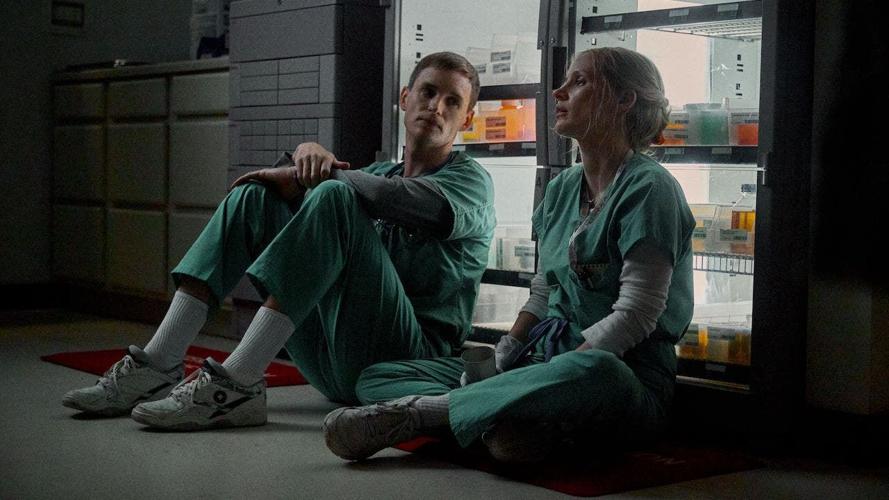 Eddie Redmayne and Jessica Chastain in 'The Good Nurse.' 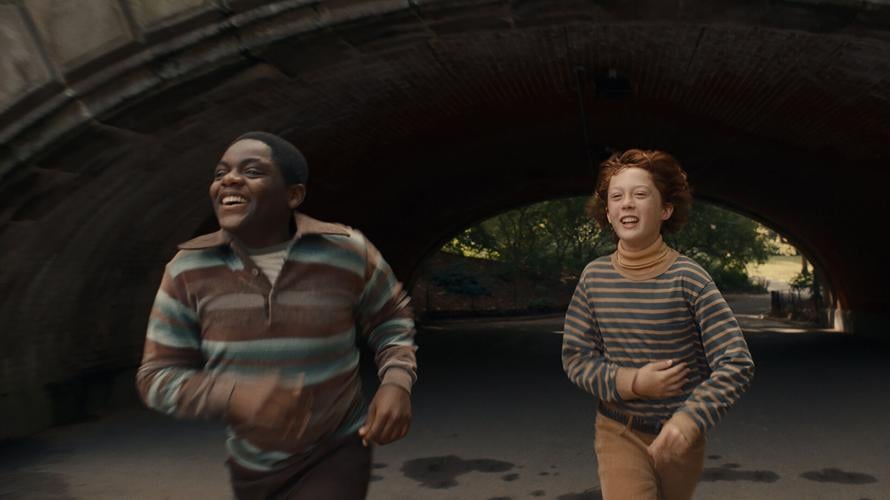 In Armageddon Time, writer-director James Gray tries his hand at autobiography. He drops us into his Queens neighborhood in 1980, the year he started 6th grade, over a period of 10 weeks concluding around Thanksgiving. In the course of the movie, we watch his precocious, mop-headed stand-in, an aspiring artist named Paul (Banks Repeta), grow from a naïvely reckless tween to someone on the path to understanding, with clear-headedness, the pervasiveness of societal inequality and how he stands to benefit from it if he taps into it wisely. Some of that comes from his acute unease when his well-meaning middle-class parents, Esther and Irving (Anne Hathaway and Jeremy Strong, both excellent), cart him off into an “elite” private school overseen by Fred Trump (John Diehl). But much more of it comes at the expense of Johnny (Jaylin Webb), the first middle-school friend he makes pre-transfer and who also is his class’ sole Black student.

Made with impeccable period detail, Armageddon Time becomes a canvas onto which Gray can indict the still-going-strong racial and class divides perpetuated by educational opportunity and the way his performatively liberal family exercises its privilege — especially as it relates to education — when it can. The film is often shrewd exploring those frustrations. Its sharpest moment comes when a cameoing Jessica Chastain, playing Trump’s daughter Maryanne, preaches with conviction the meritocracy gospel to a group of private-schoolers who, like her, will soon delusionally consider whatever successes they’ve attained sheerly the product of hard work. The contradictoriness of Paul’s family’s casual racism and its image of itself as progressive (they’re vocally anti-Reagan) is bluntly underlined but avoids the kind of overelaboration that would take away the conversational naturalism with which it appears. Most coming-of-age movies soak in nostalgia’s warmth. Armageddon Time is more interested in putting a blacklight to the less-than-flattering details nostalgia is good at obscuring. Gray, in a film that feels like a protracted act of telling on himself, refreshingly turns the by-and-large rose-colored genre on its head.

Armageddon Time, though, can give in to overly simple lesson-of-the-day didacticism to give additional dimension to its guiding themes. Usually it comes packaged via Paul’s speaking-in-moral-lessons Holocaust-survivor grandpa (Anthony Hopkins, a Best Supporting Actor Oscar clinch), who in one scene, for instance, knocks his grandson for not speaking up when he sees something unfair happening at school.

And it treats Johnny — the character whose ill treatment was the basis of that latter moment — with a lack of dimension that feels at odds with its overarching ideas. Despite having the perspective from which I would have preferred to see the film unfold, Johnny, who’s played by a much better actor than the overburdened Repeta, too, is never allowed to be more than a wraith of suffering and unjust treatment. He’s handled less like a person than a magnifying glass tailored specifically to zoom in on how much Paul’s hand is held, however much it thrashes, into success and safety by virtue of his whiteness.

Johnny’s thinness is intentional — a way for Gray to implicitly criticize himself for his short-sighted treatment of him as a kid; a way for the character to better function symbolically for racial disadvantage writ large. But a refusal to engage with Johnny outside of Paul’s view nonetheless dulls the impact of a movie angry about society’s boundless prioritization of white people and the institutions helping prop up their societal dominance. Would it hurt the movie that much to include a few scenes exploring Johnny’s home life as opposed to the super cursory flashes from it showing up mid-film? Paul ultimately is given the space and freedom to decide the “elite” world his parents so badly want him to be a part of isn’t for him. Johnny, by then, has essentially had his future taken away. Only one of those realities is deemed worthy of the camera’s extended gaze.

THE GOOD NURSE, now on Netflix, is like a Lifetime movie if the craftsmanship were buffed with a layer of polish and if the sense of lurid enjoyment were washed out. In this beige, overlong thriller based on a true story, the title character — a nurse named Amy Loughren (Jessica Chastain) — gets involved in a police investigation. Charlie Cullen (Eddie Redmayne), a new coworker she’s quickly grown close to since he was hired at her hospital a few weeks ago, has become the prime suspect in a series of suspicious patient deaths that began around the time he started.

Chastain is very good as a woman worn down. In addition to this stranger-beside-me nightmare, Loughren is also a single mother of two with a potentially deadly heart condition, and because she hasn’t completed a full year at work doesn’t get her full insurance benefits. (The Good Nurse’s stifled fury over the healthcare system’s shortcomings is among its most effective threads.) Redmayne, whose acting has long had an overworked, almost puppety quality that’s put me off, is well-cast in a creepy role, if perhaps too remote to make Cullen and Loughren’s brief friendship transcend the forced feeling of narrative obligation. The pair are fine assets in a movie that otherwise mostly underwhelms as both a police procedural and a thriller, though it does deserve props for being a true-crime property more interested in capturing the gravity of something horrible than further sensationalizing it.