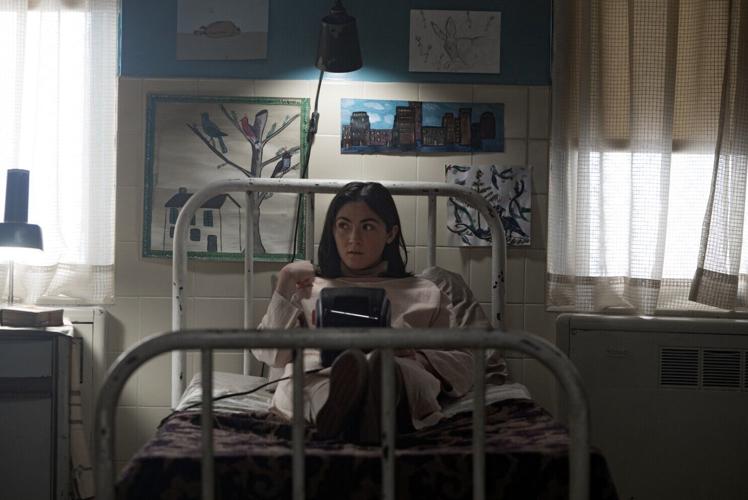 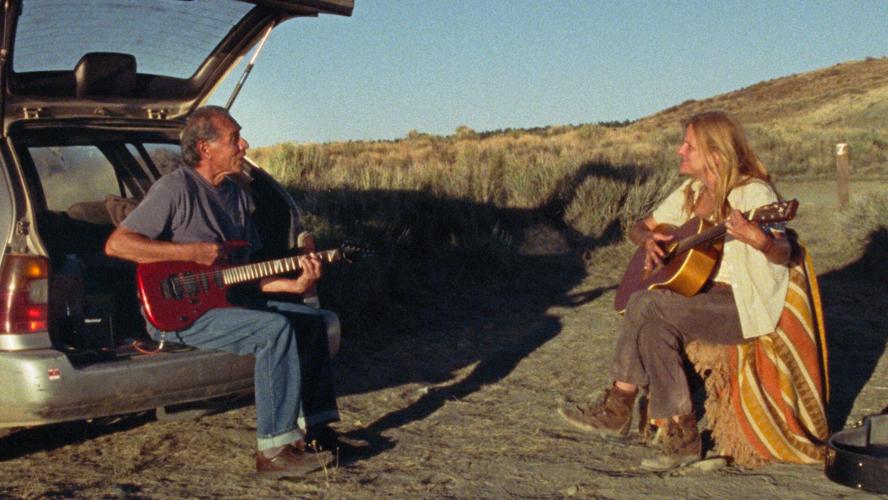 Wes Studi and Dale Dickey in 'A Love Song.'

Faye (Dale Dickey), a woman in her 60s, hasn’t been this nervous in years. She’s just parked her yellow-and orange-striped trailer at a middle-of-nowhere Colorado campground, not for a leisurely getaway but a long-time-coming reunion. She’s expecting Lito (Wes Studi), a childhood friend and one-time love interest she hasn’t seen in decades. Both have lost their spouses in recent years; we infer (it’s never specified) that neither Coloradan has any immediate dating leads, with both finally admitting to themselves that their late-in-life loneliness has become unendurable. Faye can only spend her days birding and reading for so much longer, and Lito’s beloved dog’s companionship only goes so deep.

Although this rural site has history for the two — it’s where, in 1970, they went on a field trip with their classmates and shared a tentative kiss when they had a moment alone — it’s hard to understand why a dinner date posed less appeal. (For Faye, getting here in her worn-down Chevy truck took about a day.) But the odd choice comes with lovely touches that make you glad these lovelorn seniors went with it: Lito standing in front of Faye’s trailer clutching a wilted-from-the-car-ride bouquet of golden aster, nervously fixing his hair; a touching extended sequence where Lito teaches Faye how to play Michael Hurley’s “Be Kind to Me” on the electric guitar he brought; a moment by the lake where Lito, who assures his weathered date of her beauty, takes her first photo since her husband died.

You wish that A Love Song, which is writer-director Max Walker-Silverman’s feature debut, were as holistically well-realized as those moments, as sharp as longtime character actors Dickey and Studi. (To give you an idea how much they’re confined — though never unmemorably — to a movie’s sidelines, this marks the first time either Studi or Dickey, who combined have 240 acting credits, have kissed a co-star on screen.) But the movie is too halting, too quiet, to feel like much more than a murmur of a far-more-moving movie. And it has “whimsical” features — a group of silent cowboy siblings spoken for by a little sister who shows up randomly because they want to dig under Faye’s site; often fussily symmetrical composition that evokes Wes Anderson — that awkwardly belie the dramatic naturalism that otherwise dominates. Walker-Silverman doesn’t strike you as a fully formed filmmaker; A Love Song is the work of a director still honing his voice that can intermittently muster something affecting.

Walker-Silverman is so overconcerned with making the movie feel “poetic” that he underwrites everything. Not unsimilarly from how more-established directors have used them in supporting parts to make scenes feel authentically rough-edged, Walker-Silverman mistakes Studi’s and Dickey’s hushed expressiveness as more revealing than the dialogue ever could be. That can be effective — Studi and Dickey are such great actors that it requires almost nothing to immediately believe and care for their characters — though only to a point. You notice how little real dramatic substance there is until the last-act development arrives and you feel not a throat lump forming but a sense of “that’s it?.” Walker-Silverman is more preoccupied with the idea he ultimately wants to convey — that nostalgia, though powerful, is more often than not a letdown when taken out of its glass casing and free to move in the present — than the emotional directness required beforehand to hit us deep in the gut.

I’m still glad A Love Song exists. Regardless of quality, it’s exciting to see Studi and Daley freed from a movie’s margins, doing unusually sensitive work in careers largely typecasting them in tough, intimidating character parts. Even then, the long-overdue celebration of their one-of-a-kind presences is a double-edged sword for A Love Song. It’s both the best thing about it and part of what makes it disappointing: you want to be as great as its often taken-for-granted leads.

WHEN I FIRST HEARD WORD of a new Orphan movie, I first scoffed, then wondered how exactly it could be pulled off. I couldn’t imagine a scenario that could work. It couldn’t be a sequel: you don’t arrive at the end of that movie and consider the title character anything other than — 13-year-old spoiler alert — dead. But it couldn’t be a prequel, either: Isabelle Fuhrman, who played the villainous Esther, was 12 years old when the movie came out, and even though the twist was that the orphan she played was actually a homicidal Estonian adult with hypopituitarism and a knack for age-obscuring makeup, Fuhrman no longer can feasibly pass as a child with a hankering for getting adopted and then killing the family that takes her in.

Audaciously, the makers of Orphan: First Kill go the prequel route, which turns out to be a very fun one so long as knowingly silly is a tone you jibe with. I liked it better than its predecessor, even if visually it’s a marked step down. (It has an impersonal, flat Lifetime-movie look.) First Kill is set two years before the original, and this time finds Fuhrman ingratiating herself into the lives of a super-rich American family whose young daughter, Esther, went missing about four years ago. You’ll certainly find it odd how no one in this unit — which avoids asking the long-lost baby of the family what’s gone on these last four years  — really questions that this now-7-year-old suddenly speaks with a Northern European accent and objectively looks like a 30-something in ribboned pigtails and dollish outfits. Then the big twist, which methodically arrives a little before the hour mark, not just explains why that is but officially kickstarts the movie’s leap into camp.

Her face and feet never seen in the same shot, Fuhrman is again effectively unsettling in a role now requiring body doubles when the script requires a hug or mischievous scurrying around the house. But the movie truly belongs to Julia Stiles, playing the duped family’s matriarch with a perfectly calibrated venom that feels descended from Joan Crawford at her snakiest. When Stiles rhetorically confirms with Esther whether she’s really “a grown a-- woman,” it became my favorite line-reading of the year so far.